You’re filling a kiddie swimming poll in your back yard, hoping to tempt a couple of nearby ducks to visit.

Suddenly, the air fills with the sound of sirens, and a hook-and-ladder rushes to a neighbor’s garage fire. You run to the scene, along with a bunch of other folks.

The fire fighters hook a hose to a nearby hydrant, turn a big valve and bring the fire under control.

You and your neighbors hang out for a while, making small talk and catching up on local news.

Meanwhile, the hose you were using to fill the pond is still turned on. The ducks accepted your invitation and enjoyed the pool.

But when the firefighters turned on the hydrant, it created a vacuum in the system, and drew a bit of pool water (which has a bit of duck poop) into the potable water supply.

Next door neighbor Mrs. O’Leary suddenly has duck poop in her tea.  No good.

And besides. Cross contamination, while not an every day event, DOES happen more than you might think, and the cost of cleanup is HUGE.

An Anti-Siphon valve screws onto the threads on outside water bibs and most laundry tub faucets. It’s a one-way valve, meaning water can come out, but not in. That’s because there’s a little ball in the valve that moves with the water flow. As long as the pressure is coming from the house, the ball let’s water move around it. If the pressure is from the hose, the ball pushes against the opening, blocking it. If you’re not sure if the faucet you have is anti-siphon or not, get on your back and look up into the faucet. (Be sure my cousin Donny is not hiding around the corner. Never mind why. Just make sure). If you see a little plastic thing that moves when you touch it, it’s anti-siphon, and adding another one is not a good idea. 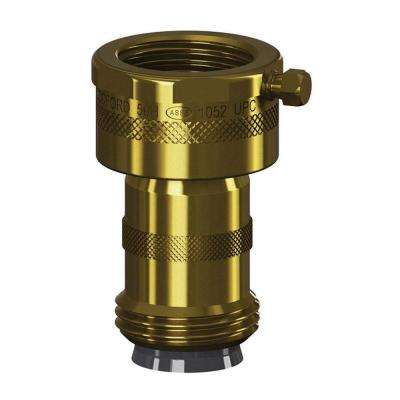 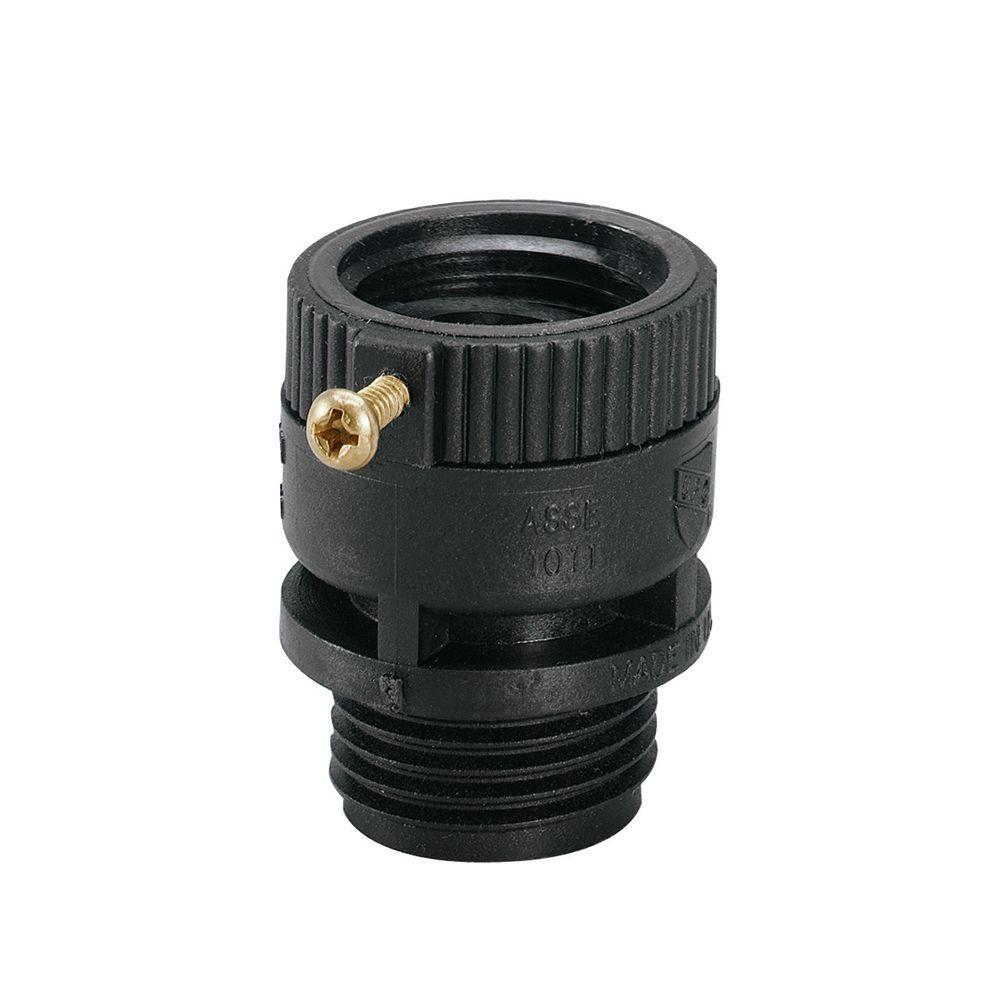 The one on the left costs about $22, but is the better choice.

Anti-Siphon valves are required by Minnesota plumbing code, and are very easy to get and install.

You can find them at hardware stores and home centers. Don’t bother with the cheap ones, because they don’t meet code because they are not field testable. The ones you want seem pricey, but they last a long time.

By the way; take off the garden hose when you’re not using it. The sun heats up the water in the hose, and microbial growth can migrate past the little ball and get into your system. This is one of those “do as I say and not as I do” things during the summer, but VERY important when it get’s cold out. The pipes inside the house could freeze and burst.

Do I have to upgrade to GFCI?