By now you know what a GFCI is, right? Ground Fault Circuit Breakers keep electricity from going through you if something goes wrong. Imagine bouncing a ball off a wall. You throw a five pound ball, catch a five pound ball. Five pounds out, five back. Over and over.

But what if only two pounds came back? What happened to the rest of the ball?

A GFCI outlet does that with electricity. It sees what goes out, and sees what comes back. If only some of it came back, some must have gone somewhere else. So it “opens”, or shuts off the circuit.

Let’s say you were vacuuming out the car (I know, but let’s say you were). If the vacuum cleaner had a short in it, the outside could get energized, or “hot”. If you were barefoot on the ground, the electricity would try to go through you to get to ground. Well, the GFCI breaker would say “Hey, where did the rest of the electricity go?” (And shut off. Quickly, too! Within a 60th of a second!)

While GFCI’s look for missing electricity, AFCI’s look for sparks. If you have an extension cord under a rocking chair, the wires will weaken and break. A gap between wires sparks. Those sparks can get VERY hot, and lead to fire. According to the National Fire Protection Association (NFPA, go figure) 13% of home fires are electric in origin. Of those, half are from some kind of arcing. 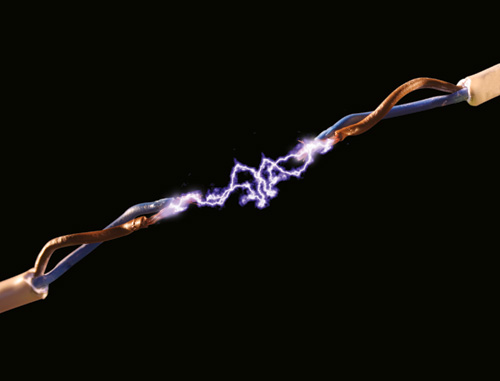 How do they work?

A spark produces a kind of signature that is erratic, as opposed to smooth. The AFCI looks at sine waves. and can identify the signature. 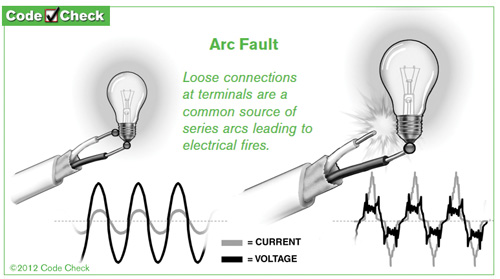 So while GFCI’s reduce electrical shock, AFCI’s protect against electrical fires. Most of the new ones are combination GFCI/AFCI. More and more are  required by code for new construction.

Retrofitting older systems with AFCI outlets is prolly not worth the cost and hassle, because it sometimes means replacing the whole system.

GFCI’s, however, are not expensive, and actually very easy to do.

I got almost all my information for this blog from a great article in an ASHI magazine, written by Douglas Hansen.

You can read it yourself by clicking ASHIReporter