Concrete/asbestos mixture was used for furnaces and chimneys

Asbestos was seen as an affordable and strong building material that was phased out around 1980. The resistance to heat transference, strength and  low cost made it a popular building material. The term transite was originally a brand name, produced by Johns Manville, but became a generic term.

As you probably know, asbestos itself poses no immediate health concerns as long as the fibers are not exposed to air. You can learn more about that by clicking: Mesothelioma

Another concern has to to with the structural integrity of the product itself. Over the years, moisture in the exhaust swells the asbestos fibers. causing the flue to disintegrate. Sometimes, pieces break off and fall inside, blocking it. CO in the exhaust backs into the house. CO levels as low as 100 ppm  can cause permanent damage. Most CO alarms don’t go off for levels less than 500 ppm! I recommend installing at least one CO alarm that has a digital readout. 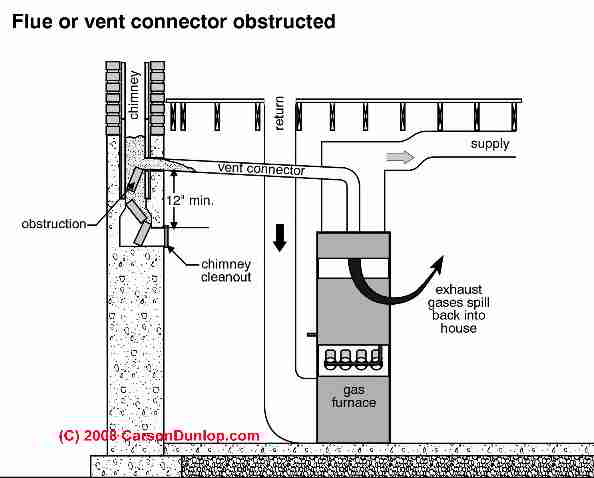 If the flue material is soft, it IS losing fibers. Time, moisture and movement have broken it down, and now there is asbestos in the air. The only truly safe thing to do is have an asbestos abatement company  remove and safely dispose of it. There are a couple of abatement companies in the area. I’ve heard good things about 24Restore.

Transite vents were also used to bring heat to individual rooms. They were especially common as heat vents in ground floor rooms with concrete floors. These vents are subject to damage from movement as well as from moisture damage. The cost of repairing damaged floor vents is prohibitive. Abandoning and installing safe ones is your best option, and STILL pricey. There may be resources that can help with the cost, depending on your situation. Go to http://www.mnhousing.gov/ and look under Home Owners.

The case of the foggy fireplace glass